InstaNeedle Kit, Make A Strong Needle Out of Your Beading Cords or Threads, Stiffens Kumihimo Cords Instantly
"Creating beautiful jewelry designs in my El Dorado Hills, California studio and teaching you to do the same." 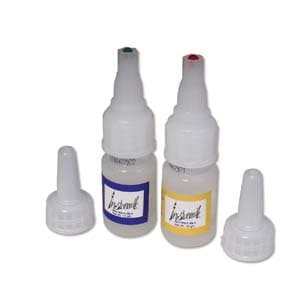 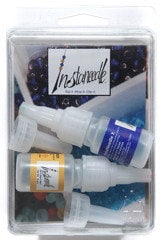 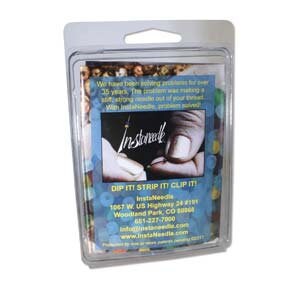 The InstaNeedle kit contains a simple two (2) step system for creating a needle from your beading thread.

InstaNeedle Primer is a strong, super thin penetrate that will soak into the fibers of your thread creating a strong bonding base for the creation of your thread needle.

Some thread will create a strong enough needle with just this application.

InstaNeedleX is used for an even stronger needle, soaking into the fibers of your thread creating a strong thread-needle.

It can be applied alone or as a second coating following the application of InstaNeedle Primer.

NOW you have your beading needle problem solved with InstaNeedle!

I'll do my best to meet these shipping estimates, but can't guarantee them. Actual delivery time will depend on the shipping method you choose.

Ship items back to me within: 7 days of delivery

Request a cancellation within: 24 hours of purchase

But please contact me if you have any problems with your order.

The following items can't be returned or exchanged

Because of the nature of these items, unless they arrive damaged or defective, I can't accept returns for:

Questions about your order?

Please contact me if you have any problems with your order.

Copyright
Tutorials and patterns are for personal use only; reproduction and distribution of these instructions in whole or in part, in any form, without the author’s consent, is strictly prohibited. If you wish to teach these instructions, please contact Diana Miglionico-Shiraishi at Diana@JasmineTeaDesigns.com directly for permission and additional copies. Should you sell your creations, please give credit for the original design to Diana Miglionico-Shiraishi, Jasmine Tea Designs.

Please note that I have a $10.00 minimum for all orders. ~ Please! ~ You will be notified if your order doesn't meet the $10.00 minimum and you can either place another order to bring the total up (the second shipping fee will be refunded) or the order can be canceled.

0 items in your cart